I've been re-reading my mother's journals. She started them five weeks after my father died in 1994. It seems as though she wanted someone/something to talk to. My father was quite sick the last eight years of his life which put a dent into the busy social and travel life they had had over their years together. This frustrated my mother immensely. She was not a good caregiver, and seemed to resent my father's decline.  She gradually had to be in charge of all aspects of their life -- no longer did my father make the travel reservations, get the oil changed in the car, or host the cocktail parties. Fortunately, she was a competent woman who was not afraid to take on the extra responsibilities beyond her life as a mother and a homemaker, but she clearly wished things could be otherwise.

Her journals mostly chronicled who she went out to eat with, where, and what foods she indulged in, activities of her children and grandchildren, and her concerns about her own health. And a whole lot about how lonely she was, and how much she missed the "good times" with my father. She was a very social person, so perhaps living alone after all those years -- 54 -- was just too much of a shock.

I think about her loneliness because I don't feel lonely without Sky. I feel sad, certainly. I feel relieved that I no longer have to care for him 24/7. I find peace in knowing that I can come and go as I please, I can eat or sleep when I want to, and stay up late watching too much Netflix.

But I do miss our easy companionship. I miss talking with him -- we used to talk about everything from current events, to what to plant in the garden, to personal feelings, to our careers, to our children, to where we were going to travel next. Everything under the sun. Now when I visit him he doesn't talk WITH me, he talks AT me, and he talks less and less all the time. He is having a hard time finishing his sentences, even his hallucinatory ones. The subject changes from one sentence to the next. I take notes, hoping to find some meaning in what he says, but I generally don't find it.

He also doesn't respond to what I say either. I tell him about the garden, or something our kids or our cats have done, and there's just a blank look on his face. The next thing that comes out of his mouth has nothing to do with what I just said. So I mostly don't talk anymore -- I listen, and I hope, and I just look at him and wonder what it's like to be him.

I've decided to take a break from visiting. I don't think Sky is getting anything out of it -- on the contrary, I think the visits bother him. The last few times he has asked to go back inside long before our half-hour was up. I've made a plan with the social worker, and when she sees him, she's going to ask him if he'd like to talk with me, and if he does, she'll set up a phone call. We'll see how it goes. Cooler weather is changing the nature of the outside visits anyway, so this may be for the best.

So I keep living my life, wondering how the pandemic will play out, how the election will play out, how the climate crisis will play out, and whether I'll have enough canning jars and lids to deal with the garden abundance. My thoughts always turn to Sky off and on throughout the day. And here's one thought that comes to mind often: a few visits ago, he said this: "I have a one-way ticket out of here, but it runs out in March or April." Is that when he will die? None of us can know. So I'll keep on taking things one day at a time. 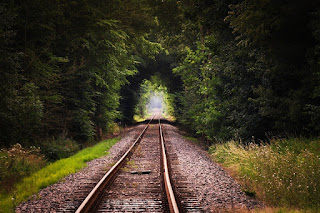