Sky said this to me the other day, “I’m moving forward by going backward. When will it be time for diapers?”

I took a breath and said, “We don’t need to think about that yet.”
How do I respond to a man who needs my help as though he were a toddler? I choose his clothes, help him into his tee shirts, help him with the buttons. I cover him up in the middle of the night when he can’t figure out which way the quilts go. I help him with technology that he has trouble manipulating. I calm his fears, and reassure him, in the dark, when he thinks someone is breaking into the house. I read to him since he can no longer read to himself.

But he’s not a toddler, he’s a man with a lifetime of experience, skills, loves, challenges, rewards. He’s a man who still, somehow, has a sharp intellect even though crossword and sudoku puzzles are slipping from his grasp. Yet I read him essays, and he understands, digests and talks to me about what I’ve just read to him. We can still have amazing conversations, and a few moments later he will hallucinate that the water pipes have burst and water is flooding the house.

His frustration and grief looms large when he can’t understand things that he used to easily understand and do — carpentry, machinery, gardening — and he asks me over and over to explain things that I’m doing now — things that used to be his “job.” It’s one loss after another — for both of us.

And we move forward by going backward. 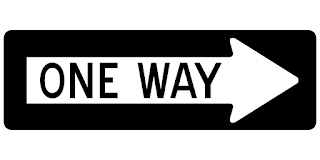 (And anyone who has suggestions of books of essays for me to read to Sky, I would love to hear about them! So far we’ve read Wendell Berry, Mary Oliver, and Roy Scranton.)